Read our blog about the very first Kobelco shovel excavator ever produced in 1930 and the first crawler excavator produced by Kobelco.

For those of you who have not seen this iconic picture before, let me introduce to you the very first Kobelco machine ever produced.  The 50K electric mining shovel machine.

This machine paved the way for all future Kobelco construction machinery and set the tone for decades of pioneering technological developments.

The electric mining shovel  was released in 1930 in Japan and was the first ‘excavator’ of its kind produced, with a forward shovel and diesel engine.

My first impression on seeing this machine is that it reminded me of a cross between a crane and an excavator and some  machines are built around this style today.  The base reminding me of a rail road cart.

This first machine we believe was used in a mining facility and possibly mining for iron ore.

What jobsites would it be suitable on today I wonder?  Look how far the technology and comfort of excavators on sale today are.

Hands up who thinks this would of made a beautiful heritage scale model ?

In 1967, the first crawler-type hydraulic excavator was produced by using Kobelco-own technology, the H208. 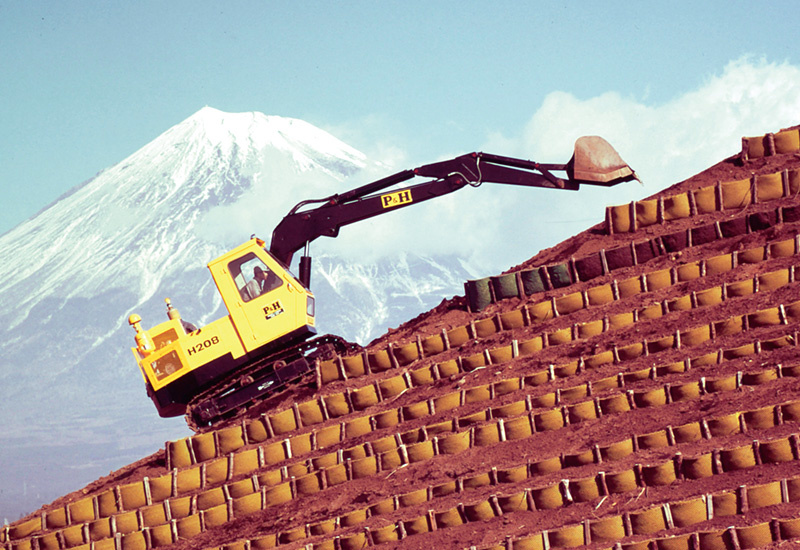 The concept of this machine was “Operator- first”.  Designed for easy maintenance,  with a focus on machine design and performance.  The most stand out feature on this machine for that time is that it was a 4-lever operation, whilst competitors at this time still used 6-levers.

Did you know that Kobelco’s first Okubo factory manufacturing construction machinery was completed in 1960?  This factory is now dedicated to the production of Kobelco cranes and is one out of four Kobelco factories in Japan.

The hi-tech Itsukaichi factory now plays a key role as the production base for Kobelco excavators and the development of advanced technology.

Kobelco Construction Machinery Europe B.V. headquarters was re-established in Europe in Almere, The Netherlands in 2003 and is the head office for European customers across 64 Dealers, 270 outlets in 60 countries.

See the full Kobelco 90th Anniversary history on our website at: https://www.kobelco-europe.com/ and check our social media channels to take you through Kobelco’s timeline of iconic products.